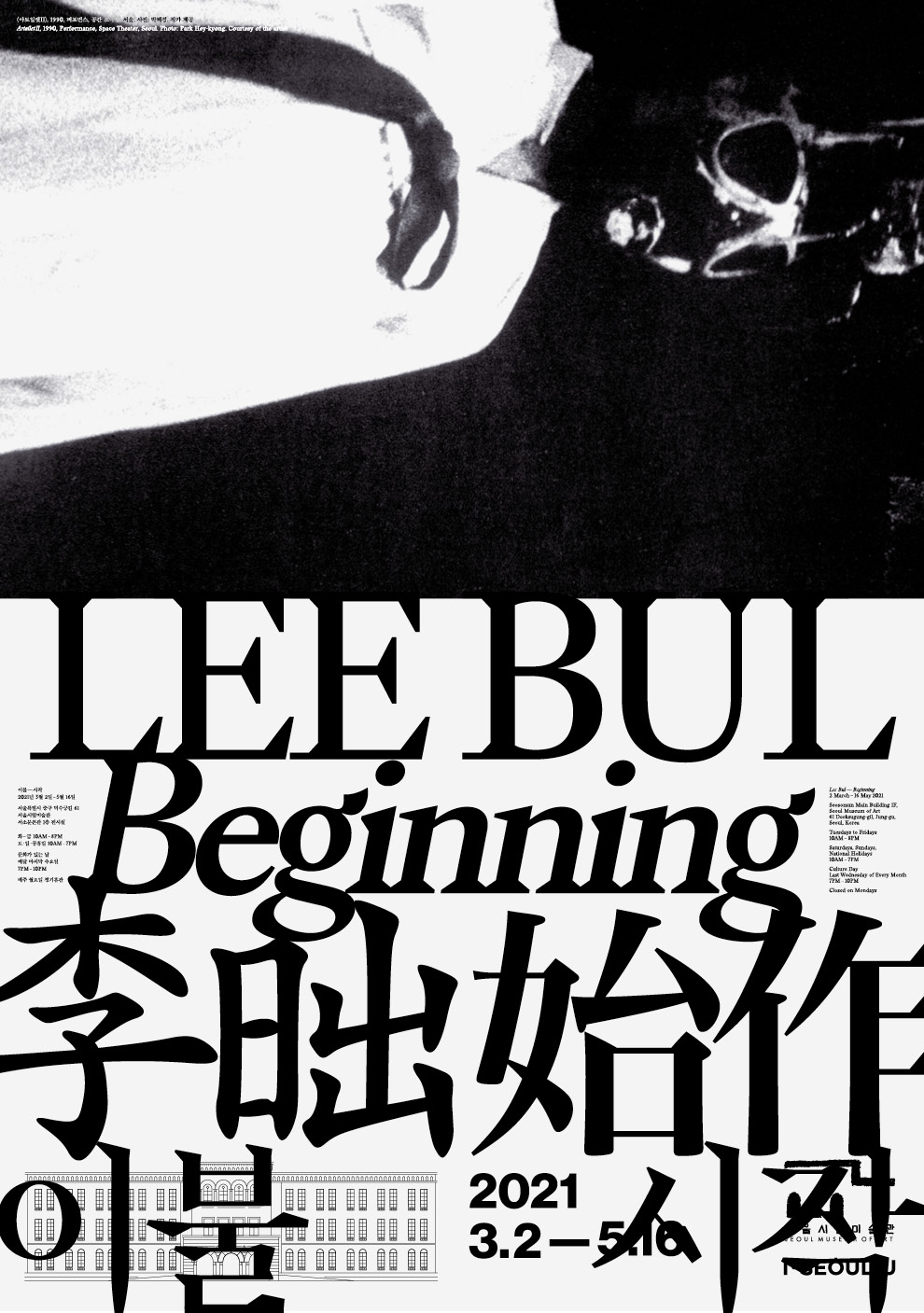 Lee Bul––Beginning is an exhibition focusing on the internationally renowned artist Lee Bul’s first decade of artistic development, during which her "soft sculpture" and performance works were produced extensively. From the late 1980s to the 1990s, when Lee was in her twenties and at the start of her career, South Korea was at a historical turning point. This was a period when the drive toward democratization was being displaced by the rising tides of globalization, consumerism, and popular culture, and fin-de-siècle anxieties alternated with hopes for the new century. Within this historical context, the exhibition centers on Lee's early performances, presenting a range of rarely seen formative works, studies, mock-ups and archival material, as well as related sculptures and drawings, that shed light on her artistic ideas and processes.

Delving into the contradictions of beauty and ugliness, life and death, mind and body, light and shadow, Lee Bul’s work is known for its deployment of visual and conceptual motifs that interrogate the body, male-centric legacies of modernism, and ideologies that have shaped Korea’s modernization. And projected through the prism of politics, gender, race, and class, such contradictory meanings generated by her work traverse the boundaries of received ideas. This exhibition revisits the artist’s beginning to create a tension between two perspectives anchored in the past and the present—not only enriching interpretations of Lee Bul’s artistic practice to date but also enabling the viewer to transpose upon it questions that remain relevant in the contemporary world.

Lee Bul’s formative works can be read largely through three perspectives—“the female body,” “the cultural-political space” and “the exterior of modernity.” The body, the female body, in particular, was central to Lee’s formative practice as both subject and material. With Cravings (1988–1989), presented at her first solo exhibition in 1988, the artist devised a performance of improvised movements and sounds while wearing full-body sculptures made of fabric, fiberfill, and ornamental sequins. This marked the beginning of her “soft sculptures,” which would evolve and expand—through formal investigations of the body, distorted, reconfigured, and transformed—into later sculptural works that continued to contravene existing conceptions of gender and the body.

From the late 1980s to the mid-1990s, Lee Bul carried out both exhibition-making and performance, participating in numerous exhibitions and performance festivals. While continuing her formal experimentation with the transformation of the body, she broadened the scope of her practice and developed a distinctive artistic language through highly charged performances that came off as a series of detonations in the existing art scene. Representative performances from this period—The Song of the Fish (1990), Artoilet II (1990), Diagramming III (1992), Auction (1994), and Laughing (1994)—generated a kind of visual syntax of irony.

In 1997, when Lee Bul was invited by the Museum of Modern Art, New York, to exhibit in the museum’s Projects series, she mounted an installation of raw fish adorned with sequins titled Majestic Splendor (1991/1997). This turned out to be a fraught yet pivotal moment for the artist, as the work was taken down before the opening due to its inescapable smell, which permeated the upstairs galleries of this supreme modernist institution. Along with other organic materials subject to decomposition, fish had often appeared in Lee’s performances and installations, loaded as it was as a traditional symbol of birth, fertility, and womanhood that her work sought to deconstruct. The accidental confrontation with the aesthetic conventions and hierarchies represented by what is perhaps the world’s pre-eminent modern art museum was in line with the compelling contingency of Lee Bul’s performative works.

Gathering essential video and photographic documentation of Lee Bul’s performances, the exhibition also presents a wealth of previously unseen drawings, preparatory objects, and studies. Accompanying this exhibition, a monographic publication surveying the artist’s early practice will be published in 2021.