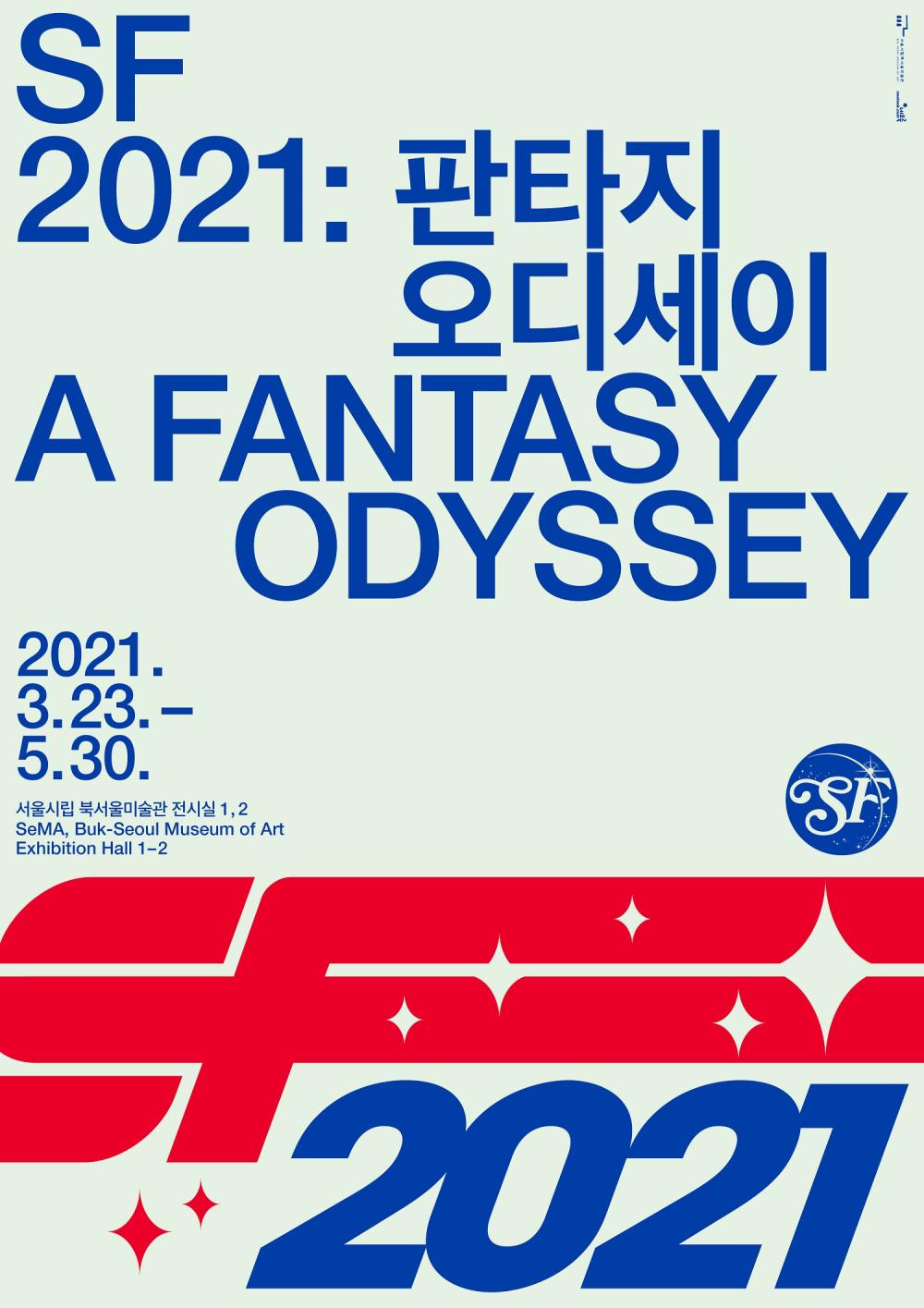 SF2021: A Fantasy Odyssey introduces contemporary art practices seeking the possibility of new thinking against the backdrop of the expansive spectrum of science fiction narratives.

In this moment of time, we are at a point where the futures depicted in the historically important science fiction novels are becoming a reality one after another. In fact, how accurately these ‘ancient futures’ have predicted the present reality is not of much importance. Whatever has been anticipated, we are actually living in the world they imagined – from climate change and artificial intelligence to self-driving vehicles. With this in mind, the exhibition explores the chaotic world and virtual reality in the era of the pandemic through a newly-created worldview based on the artistic presentation of science fictional imagination, to connect the future brought about in the present. To this end, the exhibition defines the notion of science fiction with a focus on the temporality of the genre: ‘Something that already exists but has not yet arrived’ or ‘something that should be told in the form of fantasy as it exists as unarrived future despite already being in the present.’ Therefore, the exhibition considers ‘fantasy’ as a ‘possible condition’ that builds reality, independent of its ‘content’ – such as its value as a binary opposition of science fiction or material for genre diversity. In this sense, in this exhibition, fantasy functions as a code to interpret science fiction and construct the structure of the exhibition. As with contemporary art, science fiction can be seen a kind of fantasy that reveals things that cannot be represented in simple terms. Then, it is possible to consider that science fiction can be a useful window to show that reality is already a fantasy. Hence, the current exhibition looks at science fiction through its relationship with reality, telling a story about ‘what science fiction can bring us when we create and appreciate it.’